The fundamental goal of the founders: to monitor a job well-done

The prime objective of the Agricultural Association of Vevey (today the Brotherhood of Winegrowers) was to monitor the good performance of tasks undertaken in the vineyards outside Vevey’s town walls. This territory included the vineyards between Corseaux and La Tour-de-Peilz on the one hand, and Corsier and Saint-Légier on the other. Other than a few fields and orchards, at the time the area around Vevey was planted with vines. The surface dedicated to cultivating vines would not significantly decrease until just before the end of the 19th century.

The members of the Brotherhood, called monks or brothers in the 18th century, checked the work done by the vineyard workers because the vineyards represented the most important source of income for the Vevey bailiwick.

Therefore, every year four brothers would go through these lands around Vevey. They would note errors in cultivation, walls and plots in bad condition, trees throwing shade on the vines, invasive weeds and undergrowth, animals grazing in the vineyards, and in particular, fruits and vegetables planted among the vines.

“The two vineyards cultivated by Jaunin, His Excellence Seigneur Avoyer Vonderweidt of Fribourg’s winegrower, one in Pomey and the other in Pallud, are both so badly cared for that they look more like meadows than vineyards. They are so full of weeds and broad beans, and even have large parts where there are no vines at all that will have to be replanted, that those properties are totally ruined. See the warnings that were already given to the said-winegrower last year.” Manual 1, Visit report, 23.6.1736.

The Brotherhood faced with winegrowing crises

For centuries the Brotherhood’s work changed very little. The winegrowers worked the same way they had learned from their fathers. The Brotherhood tried to encourage advances in viticulture by favouring reconstitution of vineyards through young vine stocks (chapons), rather than by burying the canes to produce shoots (provignage) or by layering (marcottage). It tried to find effective manures and fertilisers, and to diversify the vine population. To motivate the vineyard workers, from the end of the 18th century the Brotherhood of Winegrowers starting crowning the best winegrowers at the Festival (see presentation of the Festivals).

The appearance of the first cryptogamic (fungal) diseases during the 19th century (odium and mildew), and parasites (phylloxera) meant the winegrowers and the Brotherhood had to re-think their ancestral methods and also the criteria of the inspection visits.

From then on, the vineyard worker’s tasks became specialist work demanding much more time and labour. Gradually mixed cultivation properties began to disappear.

Towards the end of the 19th century and until the early 1930s, massive imports of cheap foreign wines, distribution and sales crises, diseases and parasites, growing industrialisation that attracted workers away from the vineyards, fewer and fewer vineyard workers who were more expensive, and constantly rising running costs pushed more than one landholder to abandon his vineyards. The income he could get from them was becoming ever smaller, whilst urbanisation of areas surrounding Vevey meant plots of land could be sold at interesting prices. The Brotherhood of Winegrowers inevitably lost its influence as the vineyards that were submitted to its monitoring visits disappeared one by one. 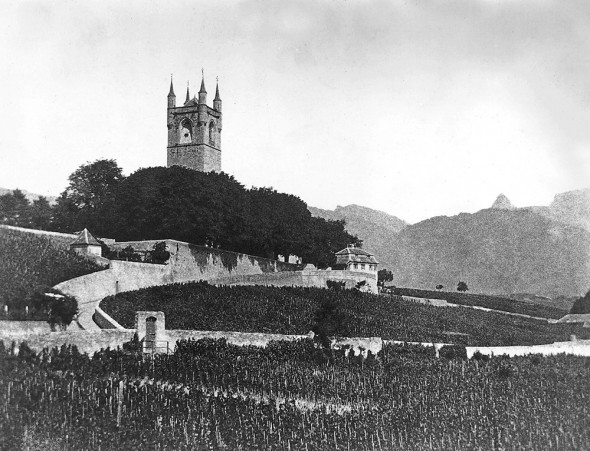 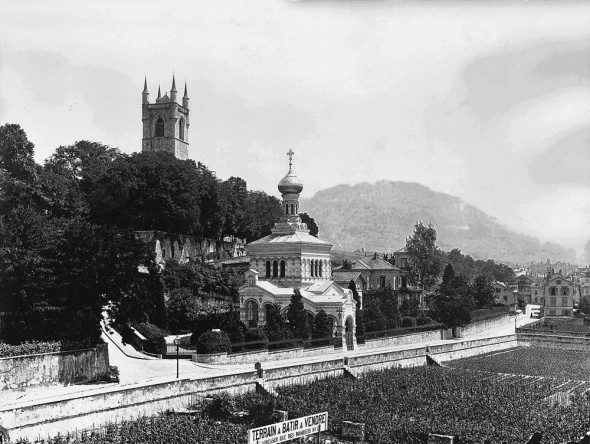 Vineyards in the centre of Vevey, where the Jenisch Museum stands today, before 1889. Vevey History Museum 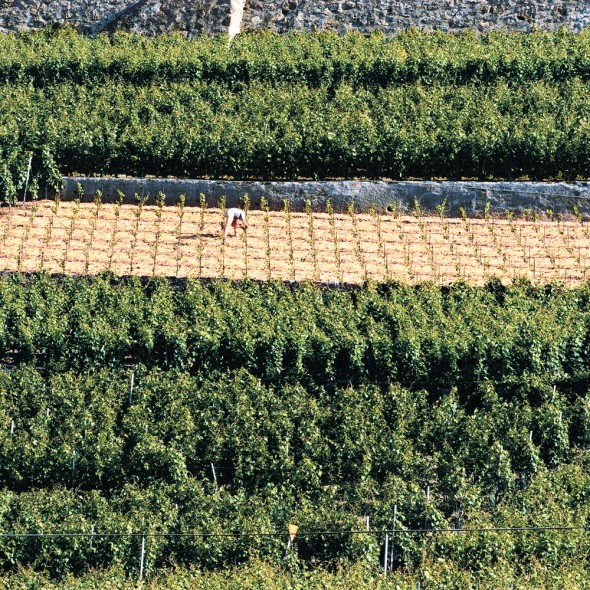