“Mr Currat sang the “Ranz des Vaches” (Alpine cow-herder’s song) in a fabulous manner. He came forward slowly to the bottom of the stands with his pipe in his mouth, and from the very first notes everyone was enthralled … The liauba rose up powerful, melancholic, impersonal and sweet within the giant enclosure; tears came to the eye; one had that rare and fleeting feeling of absolute beauty.”
«“… the beautiful black and white Fribourg cows with their big bells clanging led in pairs by real cow-herders whose arms were tanned by the sun. …the parade stopped in front of the grandstand, and while a simulation of all the work of the meadows went on, Currat sang the “Ranz des Vaches” as only he knows how to sing it. His voice, both sweet and powerful with a somewhat melancholy tone, rose without any effort and carried the liauba to the highest rows of the amphitheatre. Is this Art carried to its highest point, is it the absence of art?” The Winegrowers Festival of 1889, Vevey, 1889, excerpts from the “Gazette de Lausanne”, 5 and 12 August 1889

Cow-herders singing the “Ranz des Vaches” had been at the Winegrowers Festival since 1819. However, it was only in 1889 that one of them sang it as a solo in the middle of the arena, arousing deep emotions in the crowd. Since then, the singing of the “Ranz des Vaches” by a cow-herder is one of the most significant moments of the Festival.

What were these stocky mountain people doing in the middle of the arena?

They represent the close ties the people of Vevey have had from time immemorial with the people from the Fribourg portion of the Veveyse valley. Cows from the Vevey region went off to pasture during the summer in Les Paccots; stakes for the vines came from the forests around Châtel-Saint-Denis; cheeses left from the port of Vevey for transportation to Geneva and France, and were also exchanged for wine. When the cow-herders came down to the valley at the end of the summer, they would come to the shores of Lake Geneva to carry the heavy grape-pickers’ hods during the harvest. Their wives and daughters would work as grape-pickers.

Abbot-President: Paul Cérésole
Direction: Ernest Burnat
Music: Hugo de Senger
Libretto: collective
Costumes: Paul Vallouy
Ballets: Benjamin Archinard
The performance was followed by a pageant, which would gradually replace the traditional parade
At each stopping place, one of the 4 groups would perform a dance.

“Ranz des Vaches” sung as a solo
5 bands and 1 orchestra
Some extra floats: a miller, barrel-maker, wine press, woodcutters
Talk about the Festival from 1887 on
Specialists called to observe the weather and moon cycles to fix the date for the Festival 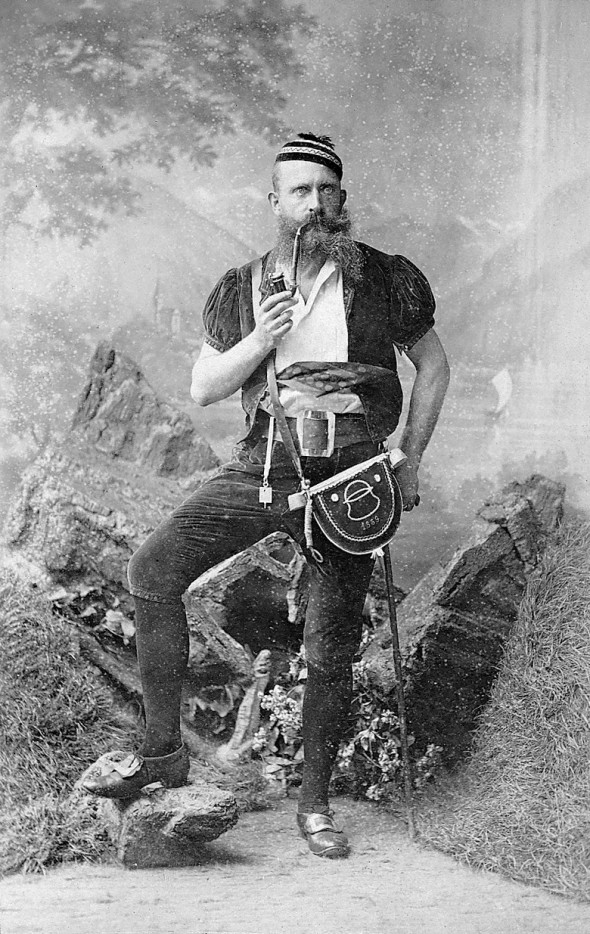 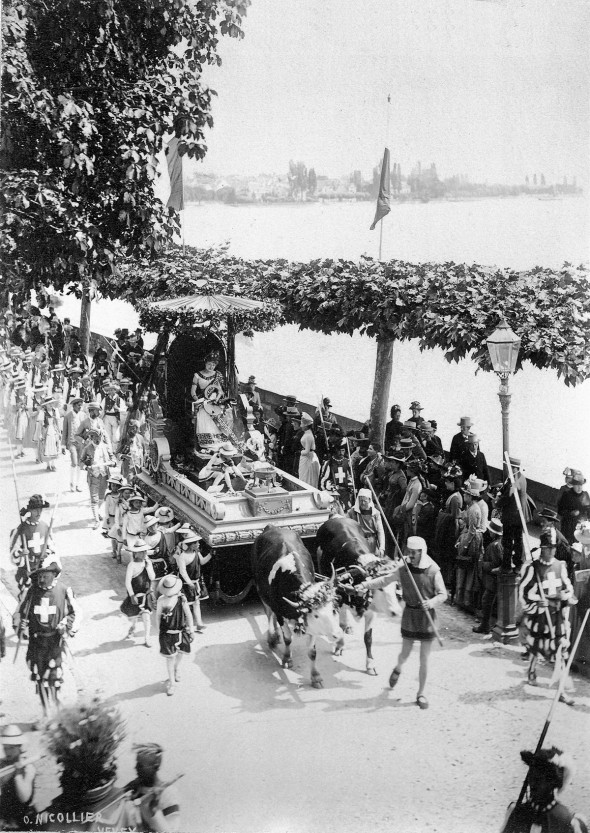 Ceres float during the pageant 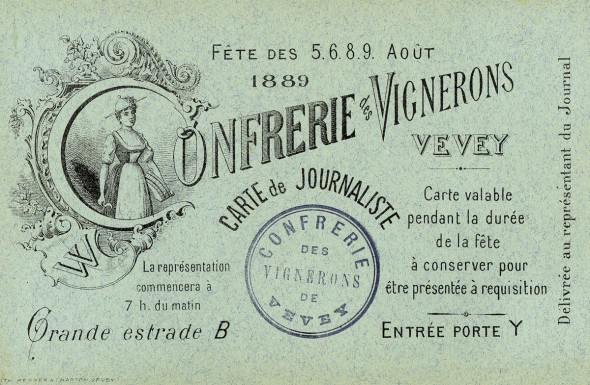 A large number of journalists were invited to the 1889 Festival. Despite their favourable descriptions, less foreign tourists came than the organisers had hoped. 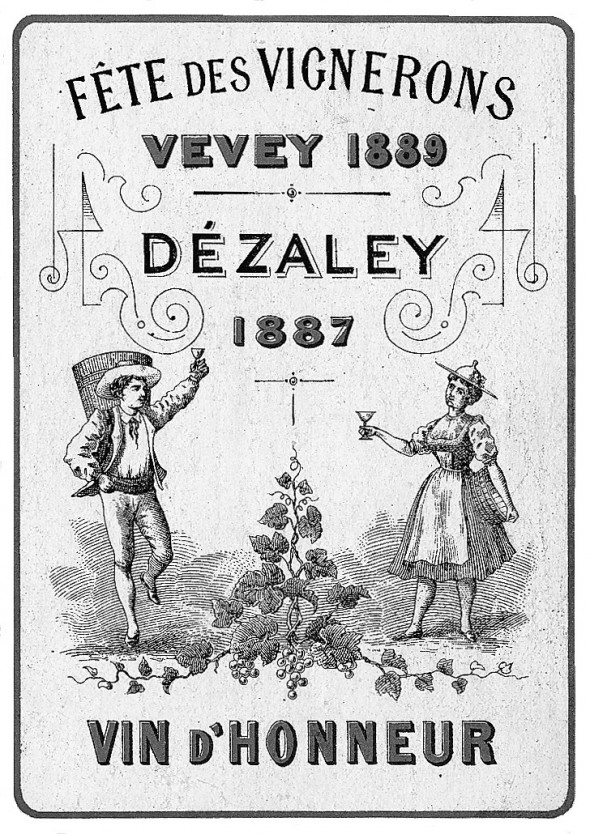