“The majority say that after twenty-odd years of revolution, war and misery, one must take advantage of happy times to congratulate ourselves on the peace we are now enjoying, to forget those unhappy years and to surrender to the impatience of so many people who have not seen this festival and so ardently desire to do so.” Manual 4, 21.1.1819

The Festival was organised in just six months, bringing together seven hundred participants. The bacchantes, haymakers and harvesters were still played by men, as it considered too tiring for women.

The 1797 parade had concentrated on the pageant and performances on the Market Square. From then on, the Winegrowers Festival, which would grow throughout the 19th century, would retain the structure of a pageant stopping in the Square before continuing through the streets of Vevey. This halt in the Market Square is the origin of the Winegrowers Festival we know today. A director (the dancing master) capable of organising the entrance of the pageant to stop in front of the stands was needed. The Brotherhood also employed a music master who did not compose a score but selected the music and made arrangements with lyrics. Participants already had to pay for their costumes and adhere to the decisions of the commissions:

“The canephors (caryatids with baskets of flowers on their heads), the children in the choirs, the shepherds and shepherdesses must only use materials like the samples they will be given. The Africans, carriers of Bacchus, numbering eight, will dress at their own cost, like the other members of the Association, except that the association will provide them with the headdress and feather belt, the leather bracelet and pearl-shaped earrings; items which the Association will take back.” Manual 4, 10.5.1819

The costumes were designed and made in such a way that once the official ornaments were removed, they could be worn by the participants in their everyday lives. The procession ended on the lake shore where there was a banquet:

“The Festival meal will be frugal, reflecting the farmer’s vocation, such as he has on his children’s wedding days, indeed it will be a set meal and no-one shall order anything more: a bottle of new wine, bread, broad bean soup, cold pâté, ham, cold roast meat, salad, salted meat, waffles, cheese and fruit.” Manual 4, 7.6.1819

The themes of respect of traditions and glorification of the homeland were highlighted at the 1819 Festival. It aimed at stirring up national spirit in the hearts of the Vaudois, whose canton was but recently a player in Swiss history. Hence the “Old Swiss Guard” protected the stands and marched at the front of the parade. The “Ranz des Vaches” (mountain cow-herders’ song) was also introduced to develop the strong attachment to their country the participants and audience should feel.

Abbot-President: Louis Levade
Dancing master: David Constantin
Music: David Glady (adaptation of words to well-known musical airs)
Performance in front of the stands followed by the traditional parade through the town with dances performed at the “stations”.

A tribune was built on the lake side with a large square stage
2,000 seats 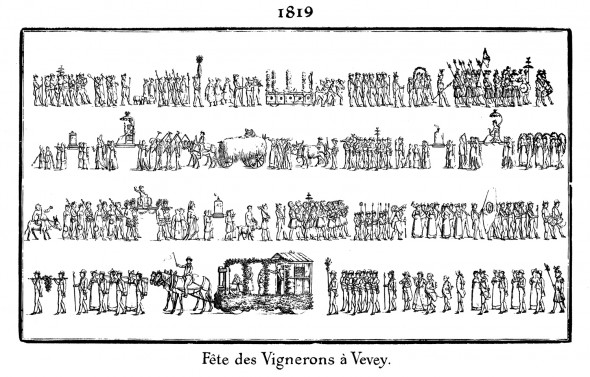 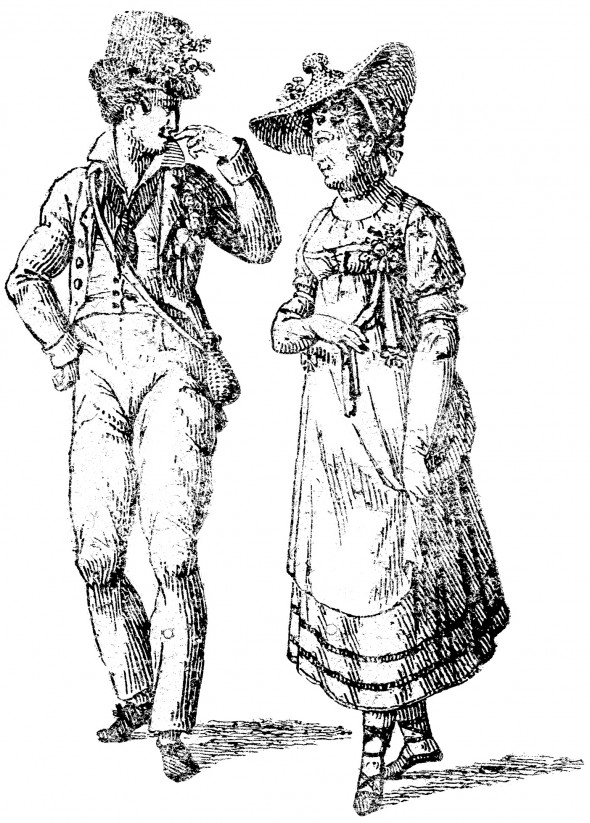