The vineyard workers’ work is acknowledged and rewarded

In around 1770, the Brotherhood of Winegrowers, the association of citizen landholders, set the objective of rewarding the good work entrusted to the vineyard workers. Rather than reprimanding negligence as had previously been the case, this would place value on the efforts of winegrowers who strived to improve agricultural methods that appeared to be set in stone. With this is mind, the Brotherhood experts would grade, judge and rank the vineyard workers.

Birth of a celebration: coronation of the vineyard workers

The coronation ceremony of the best vineyard workers totally transformed the old procession of medieval times into the Winegrowers Festival. In 1797, when pastoral feasts and the ideal image of life on the Alp were fashionable in bourgeois society, a 2,000 seat stand was built in Vevey’s Market Square, so curious on-lookers could attend the solemn crowning ceremony. For the first time, seats had to be paid for.

The Festival had a structure: division into four seasons

The performance grew from a desire to highlight the ceremony. It was given a structure and new elements: the performance-pageant was divided into four seasons and a new deity, Pales, joined Bacchus and Ceres. 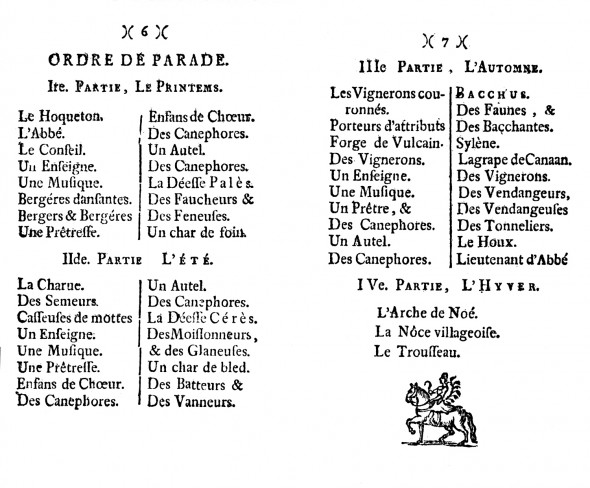