Morax and Doret in perfect unison

“…(it) was truly the celebration of an entire people gathered to exalt not only the work in the vineyards but the grandeur and beauty of the land. The path between the vineyards became the royal road along which, like during ancient triumphal processions, an entire people march behind the floats of the gods and the parade of the crowned winegrowers.” René Morax, in Ch. Apothéloz, Histoire et myths de la Fête des Vigneroons, Le Cep et la Rose

The culmination of the Festivals of the 19th century

A poet and man of the theatre, Morax was the first to structure the Festival and to create a scenario. The Festivals of the 19th century were like patchwork, because many authors worked on them. The 1905 Festival is consistent from start to finish. The performance was entirely produced on the Market Square, and was separate from the pageant, which had little in common with the parades of the 18th century or the dancing pageants of the 19th century.

The music is a splendid artistic cascade transported by the poetry of Morax’s lyrics. Some 1,800 singers and musicians executed Doret’s score. The 1905 Winter act included a choir describing “the Earth’s sleep”, one of Gustave Doret’s most remarkable pieces of music.

Additionally, as if striving for even more authenticity, women were finally accepted without restriction, with the Bacchantes played by charming young girls. For the first time, a film was shot from the stands and amateur photographers were also present. Thanks to the profits made, in February 1906 the Brotherhood reimbursed the participants 40% of the value of their costumes.

Shift in cycle of the seasons, performance opened with Winter and closed with Autumn
Sacred celebration of the tasks and the days
Cow-herders in Summer
New characters: elderly men and women; spinners, Swiss and cantonal banners in the arena
Bacchantes were women
5 brass bands and, for the first time, Basel Pipers and Drummers
1 orchestra including, among others, 2 military bands and 12 harps
Pageant totally separate from the performance 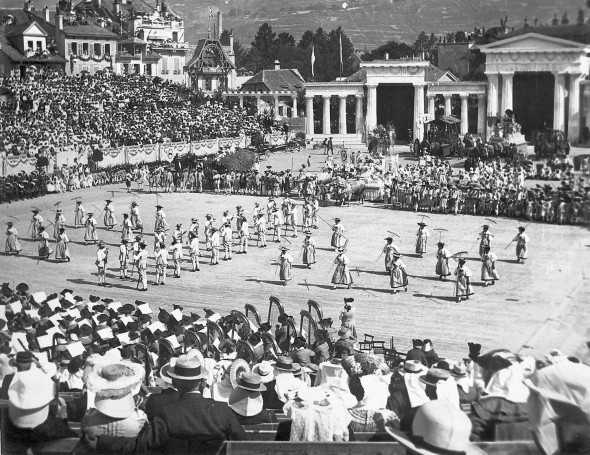 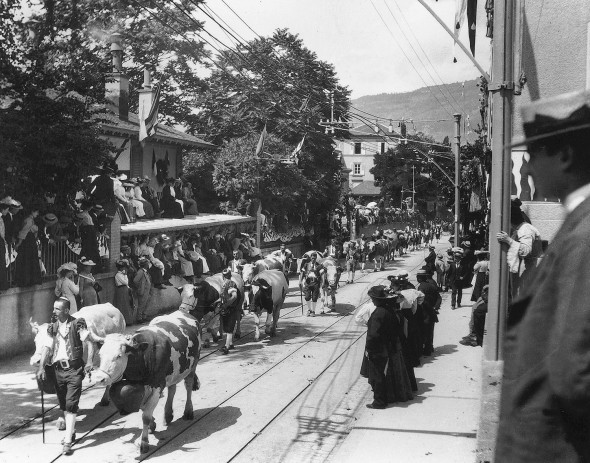 The cow-herders and their herd, Winegrowers Festival parade 1905 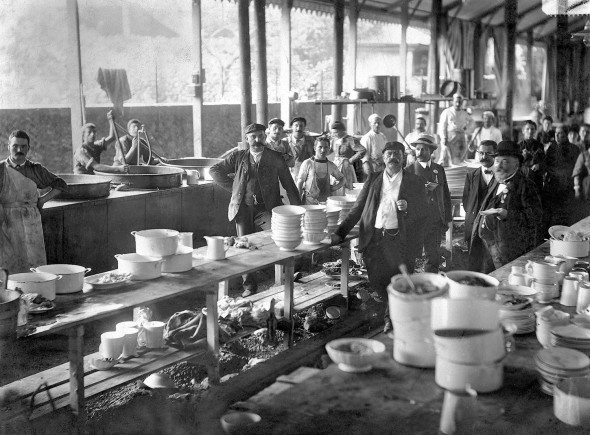 One of the canteens at the Winegrowers Festival 1905 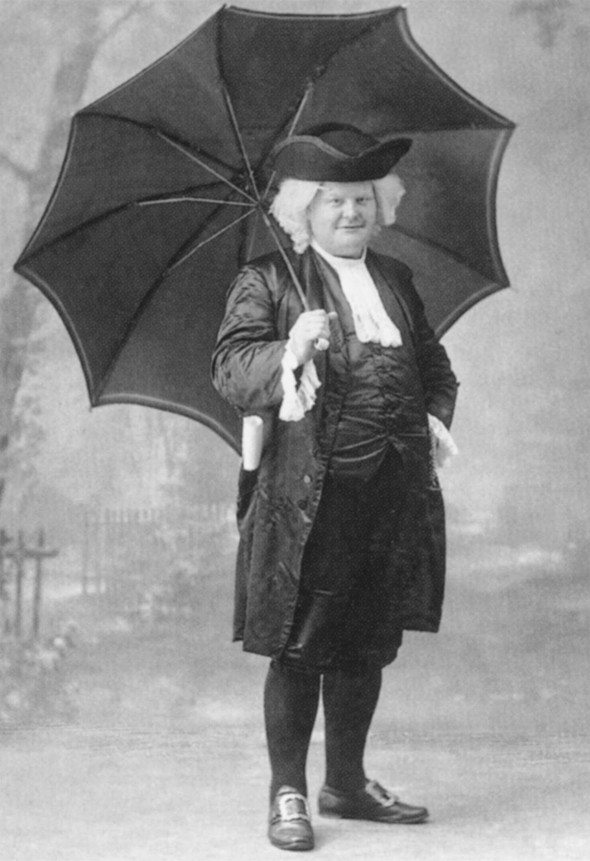 The Wedding Notary, Ch. Rebmann during the Winegrowers Festival 1905