The shining memory the 1905 Winegrowers Festival imprinted on the public’s heart increased expectations for 1927 tenfold.

The Brotherhood of Winegrowers did not dare take major artistic risks and tried to reconstitute the 1905 team, especially Gustave Doret for the music and René Morax for the libretto. The latter declined, however Doret was won over by the new challenge, as was Ernest Biéler, who had worked with Jean Morax on the costumes and stage settings in 1905.

A Winegrowers Festival despite a declining wine-producing sector

The world of winemaking had changed since the two preceding Festivals: many winegrowers had abandoned their vineyards to make a more regular living in the newly-built factories in Vevey. Many plots which had formerly been used to grow vines were turned over to urban development. Artistic choices for this Festival were very traditional, as the feeling was for a need to hold on to tried and true values. They glorified the land, the homeland, the traditional tasks of farmers and winegrowers, and also mixed clothing styles that had already proved effective in earlier Festivals. The stage settings no longer harked back to Ancient Greece or Rome, but concentrated on our own history. The medieval wall with its battlements inspired by the towers and castle walls of Romont, Lucens, Estavayer and Gruyère served as the backdrop and entrances for the divinities and the participants. In a difficult economic context with traditional values slowly disappearing or having to adapt to new conditions, the Winegrowers Festival was a receptacle for memory and identity, where by delving into the depths of a common past, each individual strove to find hope and belief in better times to come.

“I sing and my heart often pains me. I’ll be fifteen next autumn. I sing all alone on the slopes of scree all afternoon, for no reason and for nobody. Hodiriadou.

I approach the foot of the tower just after dawn, my nanny goat is so clever. All around the mountain you can hear the bells of my little herd, while my dog goes with me. Hodiriadou.

The rhododendron and beautiful gentian flowers will be for Jeanne when we return! I think about her in the calm of the noontide hour, I worry for she is down in the town. Hodiriadou”. Official libretto, Winegrowers Festival 1927, Vevey, 1927 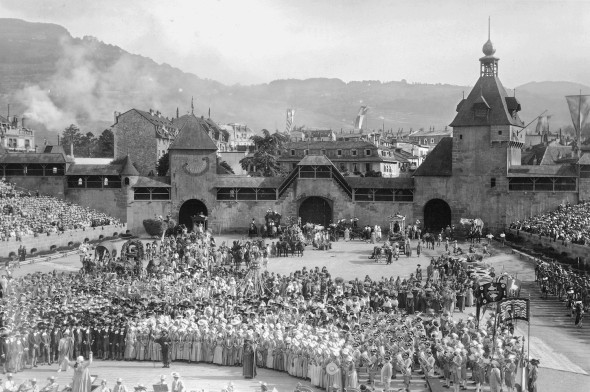 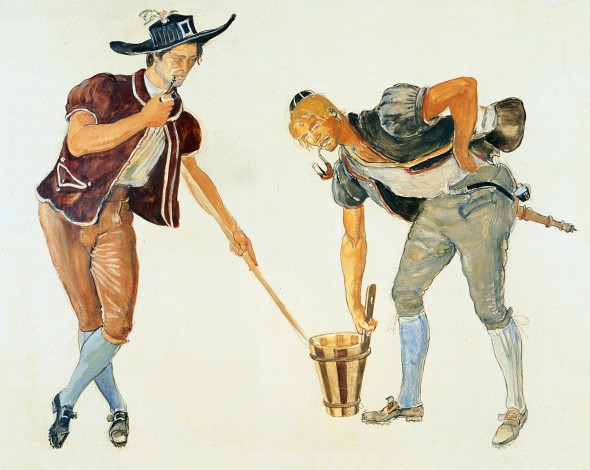 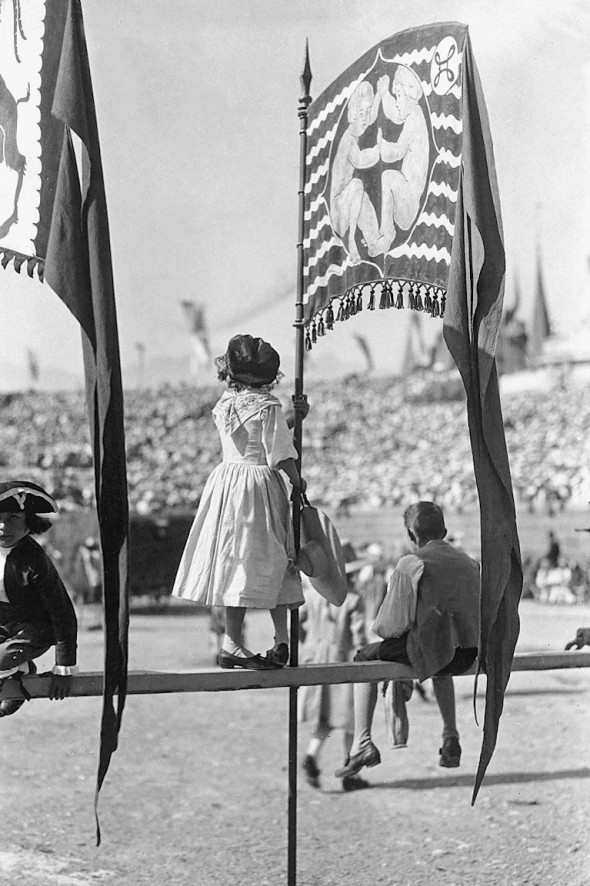 A young spectator with the banner of the 1927 Winegrowers festival 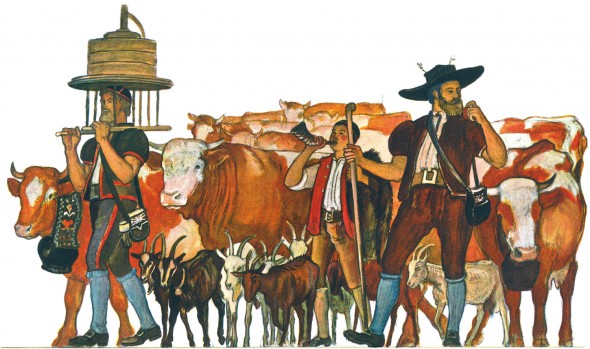 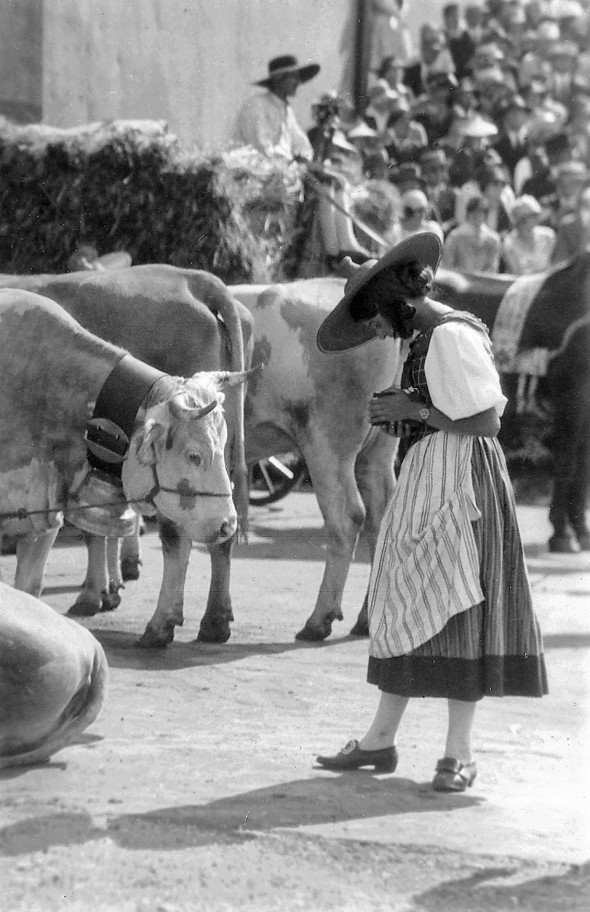 Modernity and tradition side by side during the 1927 Winegrowers Festival: chalet girl with a camera and a wrist-watch 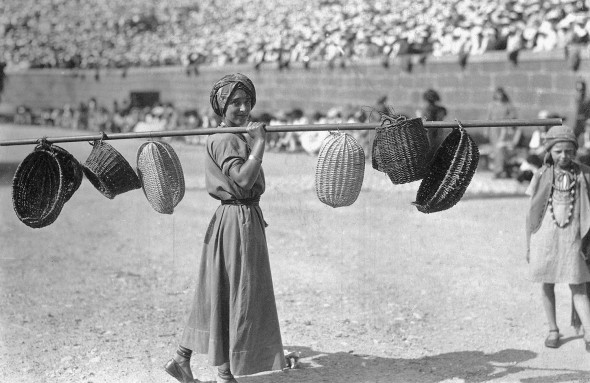